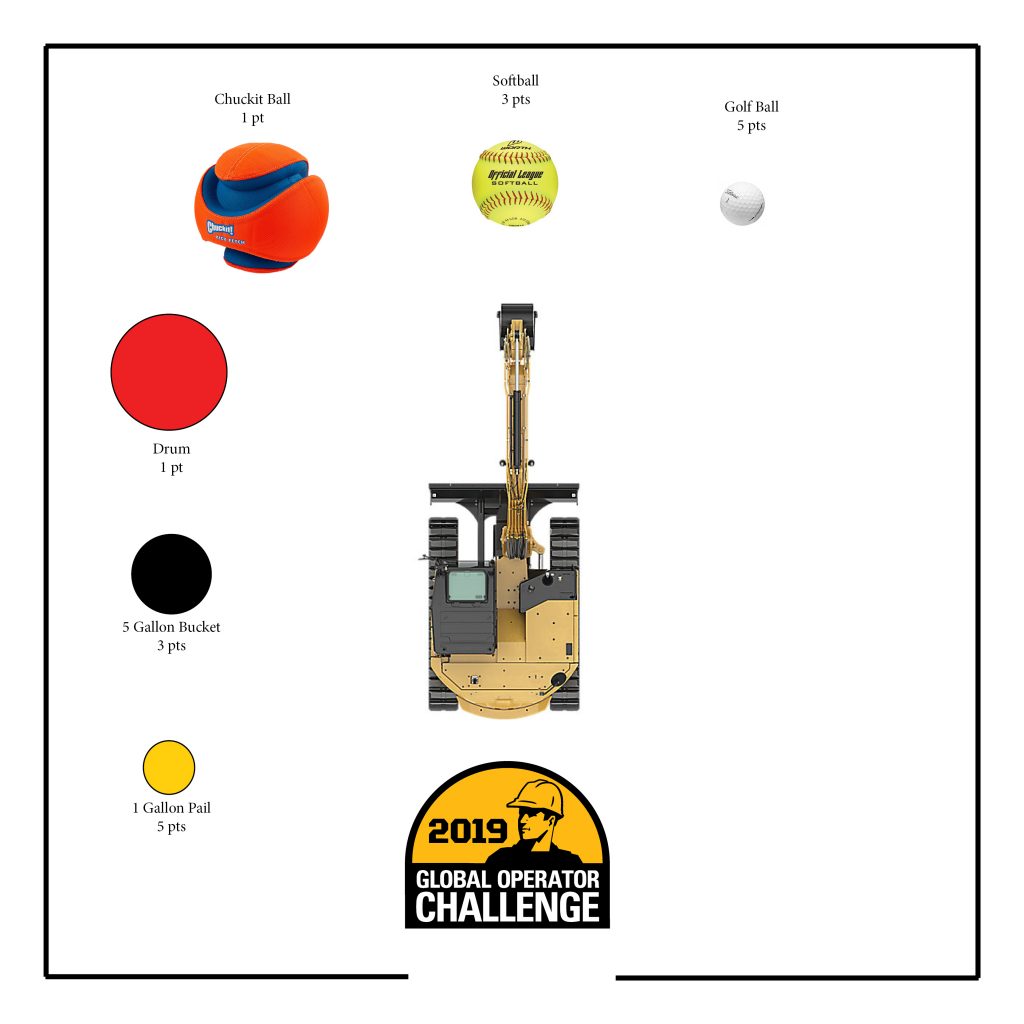 A Cat Mini Excavator will be set up with a thumb and bucket. Surrounding it will be 3 balls set atop cones on one side, and 3 buckets on the other.

The object will be to pick up each ball using the thumb and bucket, and then place it into a container on the opposite side. Points will be awarded for the ball picked up, and which bucket it is dropped into. Time will also be recorded as the tie-breaker for those tallying the same score.

*H.O. Penn reserves the right to alter rules and procedures up until the day of the event. Decisions of H.O. Penn officials are final.