H.O. Penn has been dedicated to outstanding customer service for more than 99 years. From our founders through to our current owners, our history shows how we have a long record of continually making improvements to help support our customers and make them more successful.

In 1921, three businessmen, Hamilton O. Penn, Frank Ginsberg, and E. Gwynn Robinson, formed the Ginsberg-Penn Co. This firm, which was incorporated on February 17, 1923, represented various manufacturers of construction and industrial equipment. The company was operated out of offices in the Hudson Terminal in downtown New York City. Sales centered primarily around cement mixers, small shovels, and paving machines. On December 9,1926 the name of the firm was changed to H.O. Penn Machinery Company, Inc.

Shortly afterward Hamilton Penn moved operations out of Manhattan and into a new location in the Bronx. Their new warehouse and service shop was located at 220 E. 134th Street. The business had grown so rapidly, however, that the company was moved to the Port Morris Terminal at 140th Street and the East River in the Bronx on May 30, 1930. This location, which provided dock facilities and a private railroad siding, was the company’s headquarters until 1976 when the corporate offices were moved to Armonk, New York.

In 1933 the company was awarded the Caterpillar Tractor Co. territory for New York City, Nassau, Suffolk, Westchester, Putnam, Orange, Rockland, Sullivan, and Dutchess counties in the State of New York. The Caterpillar line was one of about forty lines that H.O. Penn Machinery Company carried. A branch store for parts and service was opened on Long Island in a Roosevelt Field hanger, which was later moved to Mineola and then to Westbury.

H.O. Penn and Caterpillar were major factors in the construction of new highways and the reclamation of lands throughout the area. For example, in 1937, New York City revamped its entire landfill operation with the purchase of ten Caterpillar crawler tractors, and eighteen crawler type refuse wagons. This replaced the narrow gauge railroad the City had previously used.

During World War II, Ham Penn supported our country by serving as a “Dollar a Year Man”. As one of many men from various industries he served for compensation of one dollar per year, specializing in the acquisition of used construction equipment for the armed services. While Ham Penn was in Washington, H.O. Penn was managed by Jerrold A. “Jack” Frost. Jack Frost was then Vice President and Sales Manager. He had joined H.O. Penn in 1931 and, through his sales efforts, was instrumental in expanding the company’s business on Long Island. During the War, H.O. Penn served as a repair facility for broken down construction machinery sent by the armed forces.

Also at this time Caterpillar was looking to increase its presence in Michigan and chose H.O. Penn to be its dealer there. Soon afterwards, Caterpillar decided that it wanted its Caterpillar dealer network to operate only in territories that were geographically connected. Ham Penn turned the Michigan dealership over to Jack Frost on April 1, 1944. The H.O. Penn Dealership, renamed Michigan Tractor & Machinery, is now known as Michigan CAT.

Also in 1944, in return for giving up the Michigan territory, H.O. Penn became the Caterpillar dealer for the state of Connecticut. A parts and service store was subsequently opened in Newington, Connecticut.

In 1946 Ham Penn, who was serving as President of the Associated Equipment Distributors, died suddenly of a heart attack. Robert W. Cleveland Sr. and Royal E. Cleveland asked Caterpillar if they could acquire the H.O. Penn dealership. At the time, Bob Cleveland Sr., along with his brother Roy, ran a construction company, Robert W. Cleveland & Company, which was based in New Jersey. Bob was also the President of the New Jersey AGC. His construction experience included building roads at Fort Dix and the Naval Ammunition Depot in New Jersey during World War II. He also did the landscaping for the first New York World’s Fair and the Henry Hudson Parkway, as well as building the first two sections of the Garden State Parkway.

With regard to their request to acquire H.O. Penn, Caterpillar informed Bob and Roy that H.O. Penn had been taken over by some of its key employees, Ralph Johnson and Stuart Wade. In 1948, Caterpillar offered the Cleveland’s a new territory in central Pennsylvania that formerly belonged to Beckwith Machinery. They accepted and, as a result, Cleveland Brothers Equipment Company was formed.

Bob Cleveland Sr. served as President of H.O. Penn from 1965 until 1975 when he became Chairman of the Board. He served in this capacity until his death in 1990. Bob Sr.’s son Bob Jr. came to H.O. Penn with his father in 1965 and served as H.O. Penn’s President from 1975 until 1985 when he left the business. Bob Sr.’s younger son, C.E. Thomas Cleveland, joined the firm in 1968.  During his long career Tom served in numerous roles including President, CEO and Chairman of the Board. Tom’s son Rob joined H.O. Penn in 1995 and currently serves as CEO and Chairman of the  Board, a role he took over from his father in 2016. Jeff Mitchell joined H.O. Penn in 1987 and was appointed President of the company in 2011 after a successful term as Executive Vice-President.

Today H.O. Penn has over 400 employees working to serve our customers. H.O. Penn offers extensive service expertise in Caterpillar products and a vast inventory of parts as well as over 900 Caterpillar machines available to meet customers’ rental and equipment needs. Additionally, H.O. Penn has added Metso crushers and screeners to its product offerings. Service and sales personnel are factory trained to help provide the quickest and most cost-effective solutions to customers.

H.O. Penn now operates out of six locations, all of which offer full sales and service for Caterpillar products. The Newington, Connecticut facility was opened in 1968. The Poughkeepsie, New York operation, originally established with the purchase of Poughkeepsie Farm Supply Co., was moved from Brickyard Hill on Route 44 to its current location in 1968. It was remodeled in 1995 when it became H.O. Penn’s corporate headquarters. The Bronx, New York store was relocated to its current location at the foot of the Whitestone Bridge in 1976. The Holtsville, New York store was completed in 1982, replacing the Westbury location. Subsequently, to meet the needs of our growing Power Systems  business we added a facility in  Medford, NY. The Bloomingburg, New York location was opened in 2004 to service the needs of our customers west of the Hudson River.

H.O. Penn is here for your equipment needs!  Find a Location or Contact Us today for a free Quote! 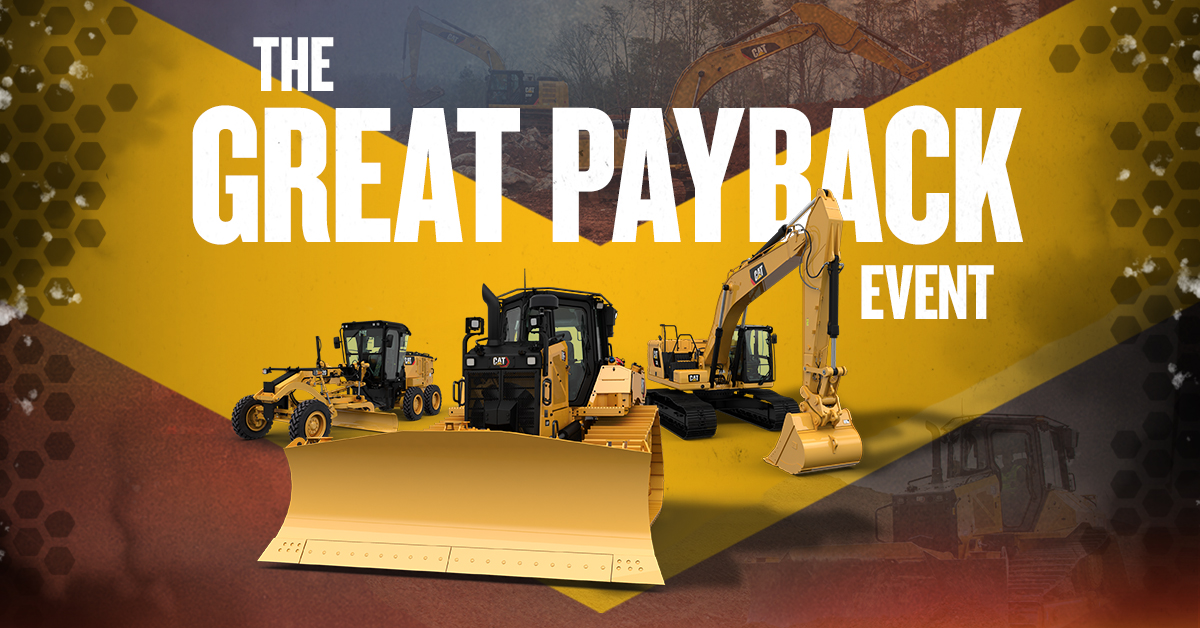 Get 5.99% Financing on a New Cat Machine Plus a Customer Value Agreement.