The Delayed Engine Shutdown has been overridden. The engine will shut down, no troubleshooting required. 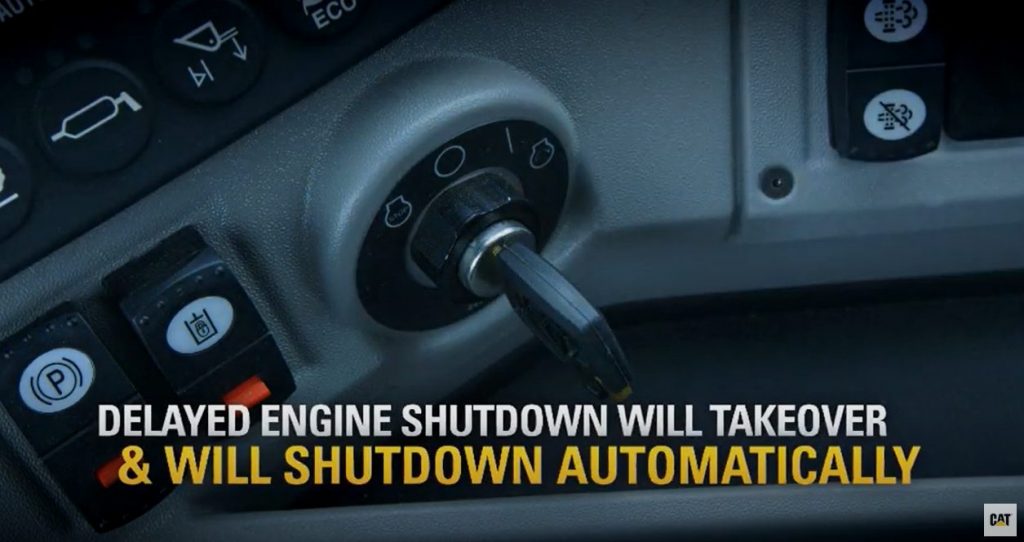 Probable Causes for an E1217 Code:

Did you say the engine might keep running even after I turn it off with the key?

Yes! It’s one of the changes that caterpillar made to support the aftertreatment system.

It won’t happen very often but if it does, it’s completely normal.

When you turn the key to off with Tier four final equipment – the DES feature may activate, and the engine may continue to run for a time in order to cool down the exhaust system. 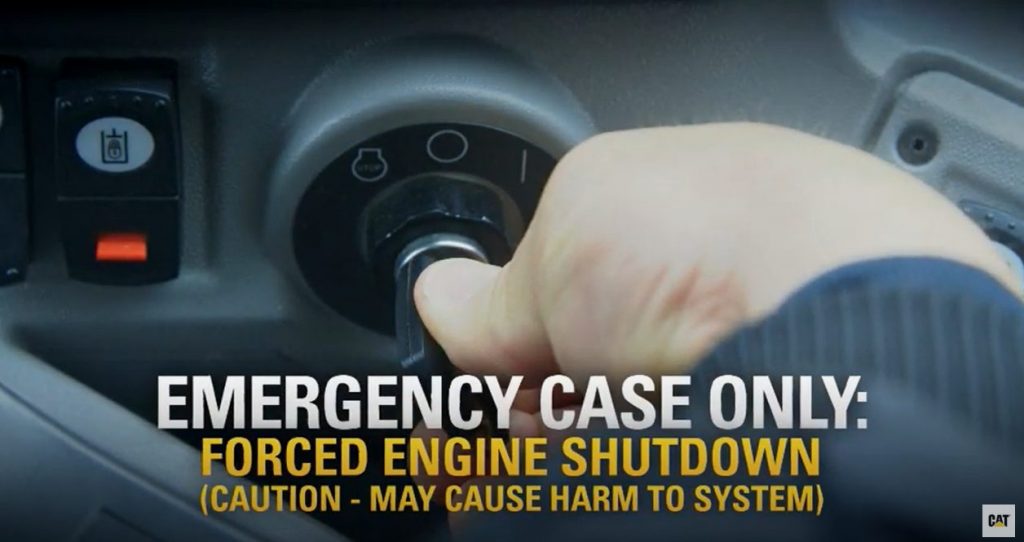 If you have an emergency that requires an immediate shutdown, turn the key all the way to the left.

But make sure it’s an emergency – forcing an engine shutdown may damage the after-treatment system! 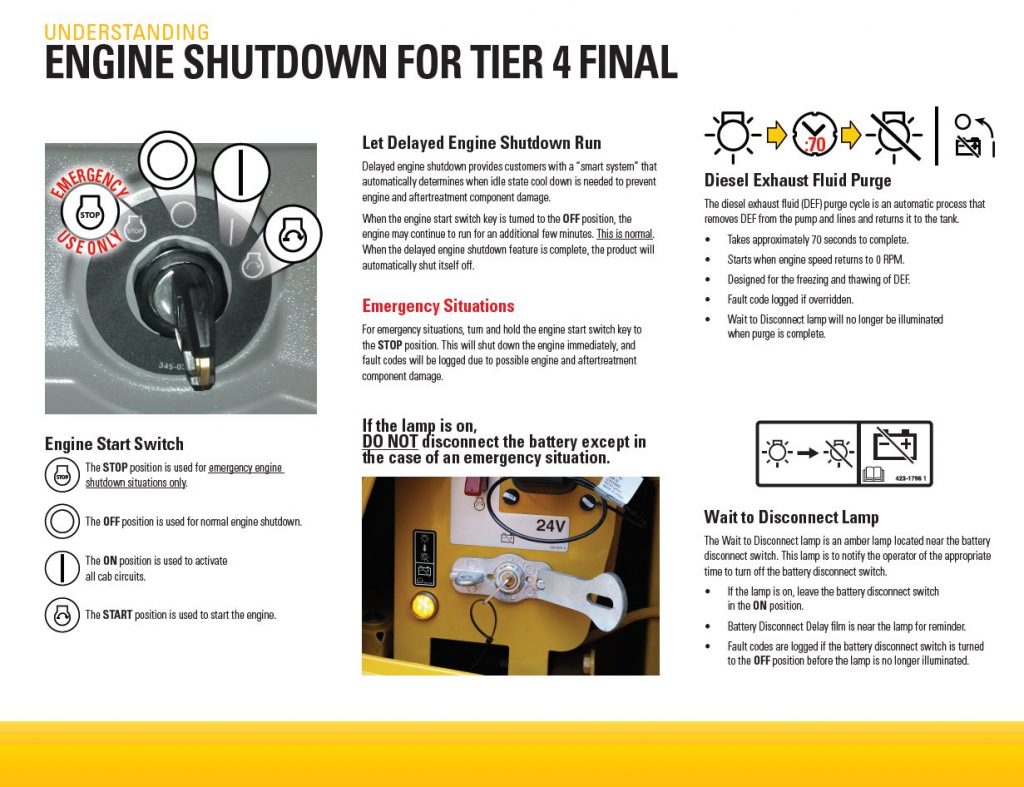 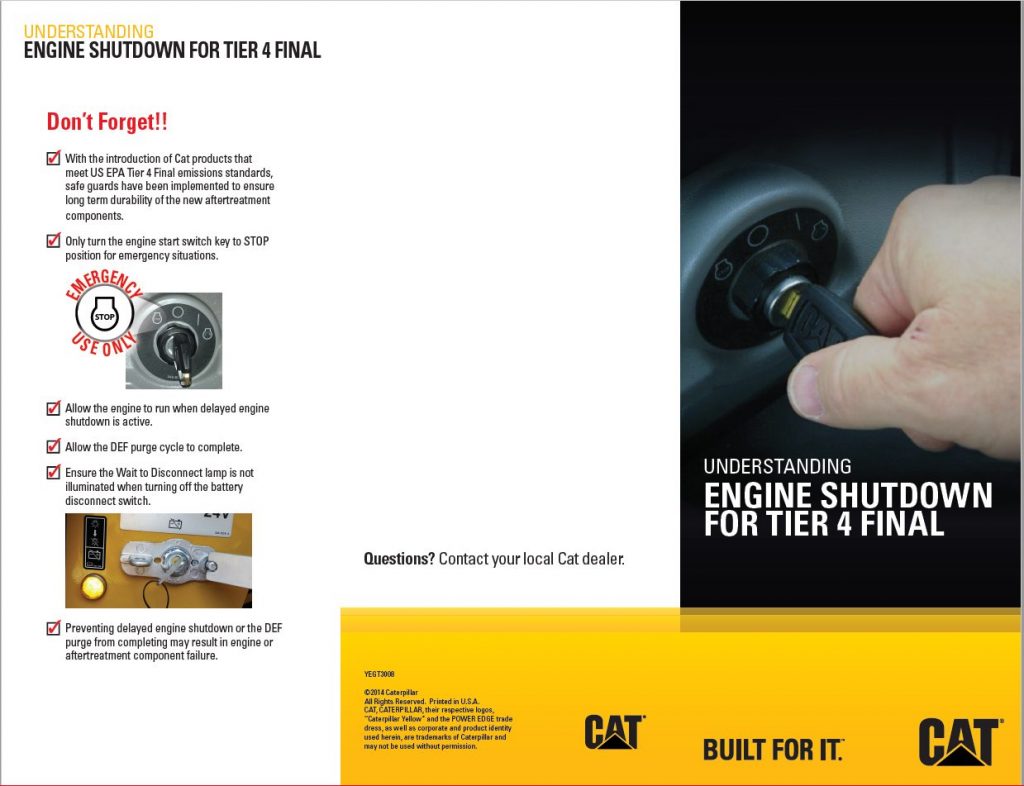