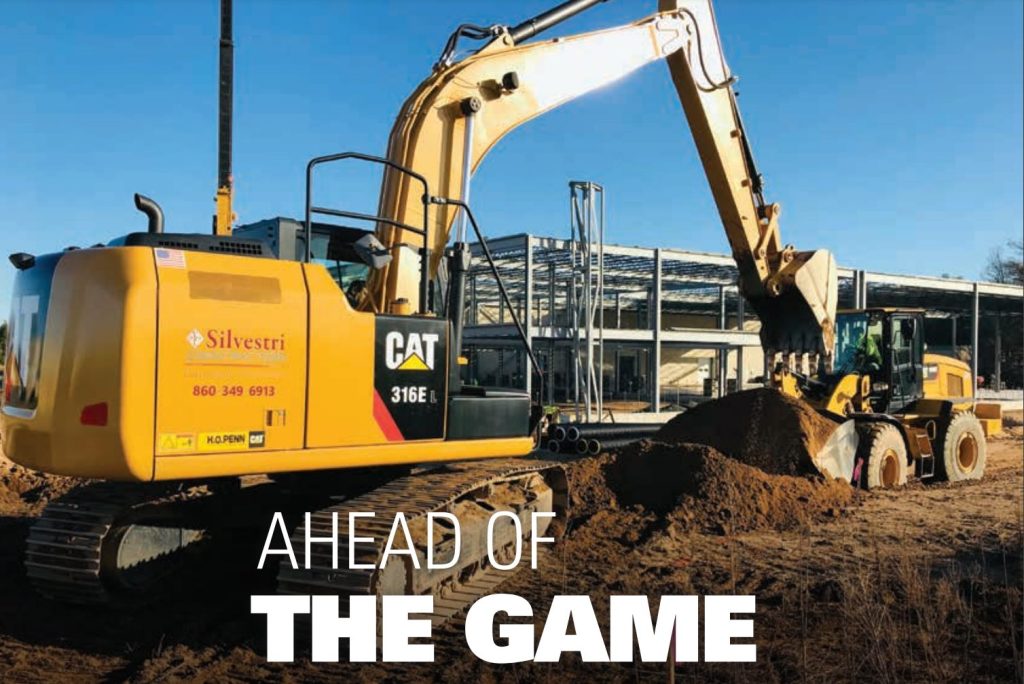 Growing up in Middlefield, Connecticut, John Silvestri received an early introduction to the construction business. While most of his young friends were playing video games or sports, at age 13 Silvestri began learning the trade from two brothers who were family friends. Silvestri worked all through high school and two years beyond.

“We did a variety of work from residential to municipal, and I learned a lot,” Silvestri says. “On weekends if we weren’t working on jobs, I would help out on their farm. They were very good at what they did, and they gave me many opportunities to learn every aspect of the business. They’re close friends of mine to this day, and I consider them mentors.”

In 2006, the 21-year-old Silvestri moved on and started his own business with an older Cat® Dozer and Excavator. Working mostly for homebuilders, Silvestri did site preparation and built septic systems while still working part time for the two brothers.

“If I knew of a job that was going to start or I saw a real estate sign on a vacant piece of land, I would contact the builder or homeowner and ask if they would give me an opportunity to bid on the
job,” Silvestri says.

That aggressive, entrepreneurial approach has served Silvestri well. Working six and sometimes seven days a week with just one other employee, his low overhead and unflagging work ethic enables Silvestri Construction to win bids over larger competitors. He typically quotes the entire scope of work when bidding on a project.

“It’s very competitive out there,” he says. “There’s a lot of guys doing the same type of work. We try to provide great service, stay on schedule, and provide our customers with a topquality finished products. I don’t look to cut any corners, and my other guy feels the same way. We make sure everything is done to the plan’s specifications, or better. ” 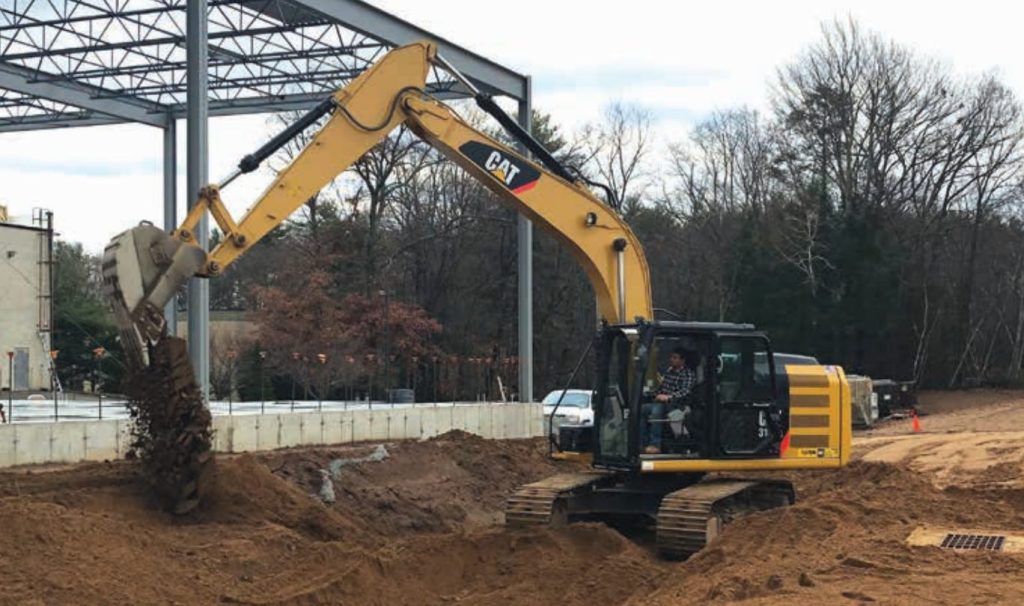 “Normally, when you bid a site job you’re expected to include the site concrete, paving, and landscaping, which we usually sub out,” Silvestri says. “But everything else we do in house.”

Through his previous employer, Silvestri was exposed to Cat® equipment at an early age. That experience sold him on the merits of the brand. Today, he owns five Cat machines, including a 305E2 Mini Excavator, a
316E L Hydraulic Excavator, a 259D3 Compact Track Loader, a 938M Wheel Loader and a CS44 Compactor.

This fall, Silvestri performed the site work on a 30,000 sq. ft. addition to an existing building in Windsor, Conn. Working continuously to meet a tight schedule, the job involved moving 10,000 yards of earth between cuts and fills. It included excavating footings, digging a retention basin and general site preparation.

“Contractors always have to be within a quarter of an inch on final grade, and most people factor in 10 percent overage,” says Tim Schofield, Silvestri’s sales representative from Cat dealer H.O. Penn. “I know they had figured on an overage for concrete on the building pad, and they didn’t need it. They were right on the money.”

Silvestri credits a Cat Box Blade attachment utilized on his 259D3 for making the difference.

“The box blade was definitely a huge help. We would normally fine grade with my bulldozer to get within a quarter-inch, but it would have taken a lot more time. With the box blade, we had the pad finish graded within six hours.”

“For an owner-operator like John, that’s a perfect attachment where you can hit your grade in a third of the time and within two percent accuracy—it’s incredible,” Schofield says.

Silvestri likes the wider cab and door opening on his 259D3.

“It’s a little quieter than the previous model and a more comfortable ride,” he says. “And it has plenty of power for its size. It pushed the box blade with a load of material in front of it no problem. My guy loves that machine—he can’t wait to get on it.” 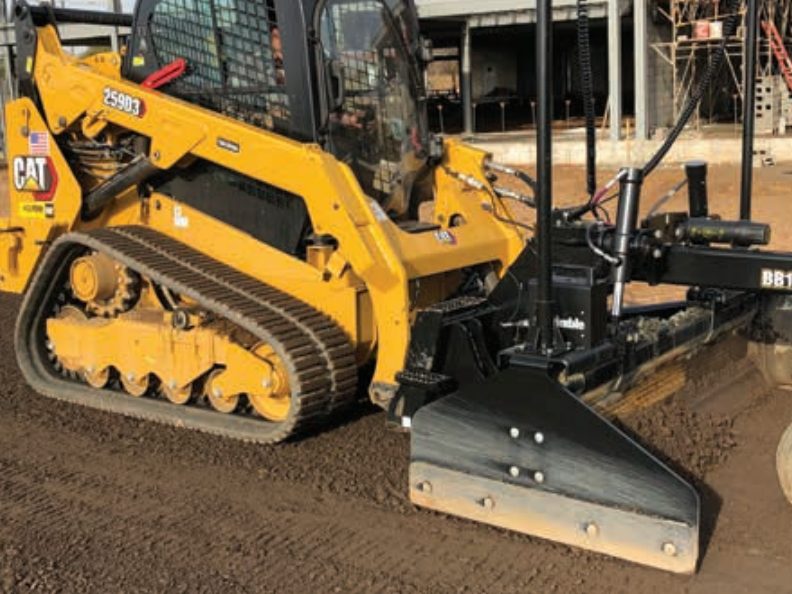 He also appreciates the rear-view camera on the 259D3.

“In a skid steer, it’s very difficult to see behind you. We were using the machine inside a building; there were lots of obstacles around us along with the other trades working in close proximity to our work area, and that camera definitely helped as a second pair of eyes for me.”

“I’ve had it for seven years now and have 4,000 hours on it, and I’ve had zero issues with that machine,” he says. “It’s the perfect size with plenty of power and lots of reach. It’s just a really good all-around machine.”

Cat work tool attachments maximize efficiency for the two-man crew. In addition to the box blade, Silvestri utilizes anauger for digging post holes, a broom for jobsite cleanup at the end of the day, plus pallet forks for unloading materials and moving them around jobsites.

“The broom has been a huge timesaver,” Silvestri says. “What would otherwise take half an hour or an hour to do by hand, you can do in minutes with that attachment.”

It all adds up to more productivity for the hard-working contractor.

“John is an old-school operator,” Schofield says. “He works seven days a week and has very organized, tidy jobsites. And with the support of our dealership, my goal is to provide him with whatever he needs to stay ahead.”