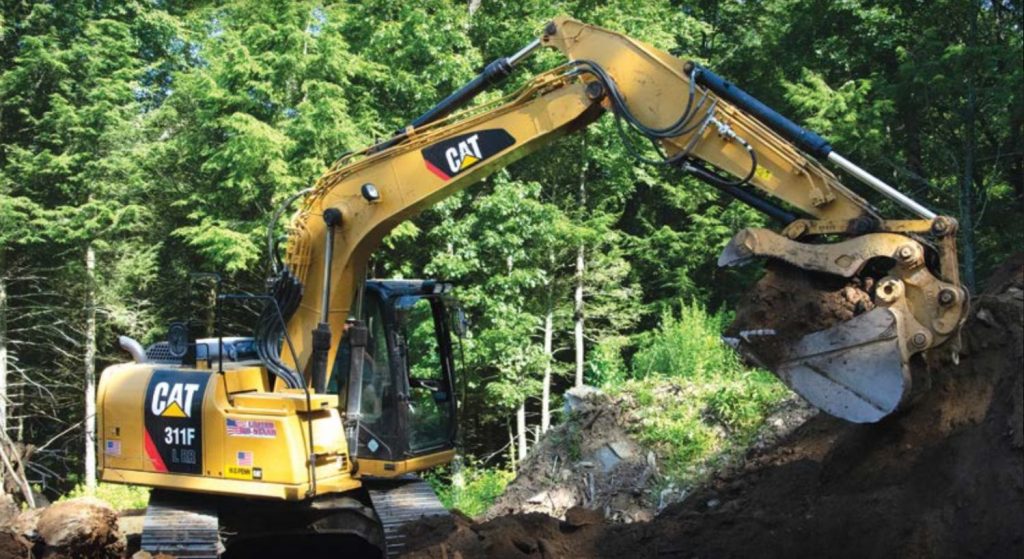 Prior to starting United We Stand in 2003 as a roofing and siding company, owner Bill Menghi worked for a larger commercial contractor, where he became well versed in all aspects of construction and homebuilding.

While roofing remains a core focus of the business, today the Dayville, Connecticut-based contractor offers gutters, masonry, and home remodeling. When it comes to site work, United We Stand works in residential and commercial settings, specializing in new construction excavations, trenching, underground utilities and infrastructure, demolition and debris removal.

“We’ve grown over the years, and a big part of that is just doing honest work, having the right equipment to do it,” Menghi says. “Beginning in 2007, we started to take on some of the other aspects including site work and concrete.

“We do all of our own site work, and all the framing,” Menghi adds. “We sub out a very minimal amount, mainly the mechanicals, but other than that it’s all us. You can
pretty much call us for anything from site prep to finish.”

Menghi chose the company name following the 9-11 national tragedy to honor those who lost their livesalong with military veterans. Branding his 22-employee
company as a patriotic contractor has served it well through the years.

“We have veterans that work for us, as well as some active military members, so the name seemed fitting,” Menghi says. “I have utmost respect for our country and our veterans, and that’s why we stand behind the name.

“Over the years it’s been very beneficial to us. That’s not our purpose and why we chose it, but we’ve had many compliments and our clients have said they trust us because of our name. They also trust us based on other peoples’ referrals. But the name has carried us in a lot of ways, and we’ve gotten a lot of respect for it.”

Any site development project United We Stand does in Connecticut, Rhode Island or Massachusetts starts with an evaluation to learn the customer’s needs and uncover any special challenges or considerations the  job may pose. This step invariably provides invaluable insights and leads to cost savings.

“We consider this a must before starting any construction site preparation, because understanding the end use is the basis of value engineering,” Menghi says.

United We Stand utilizes Cat equipment such as backhoes, small dozers and excavators to dig, remove and reposition dirt and level land so a wide variety of projects can be constructed
in less time.

The first step generally involves United We Stand crews clearing land for building residential lots. The contractor excavates basements, and septic systems, and also does finish grading. United We Stand operators utilize a Cat® 311F L RR Hydraulic Excavator for digging basement foundations and trenching. When rotated 90 degrees and working over the side, only 20 inches hangs over the base of the reduced radius
excavator—ideal when working up against a wall, on a narrow road, or other space-restricted area. 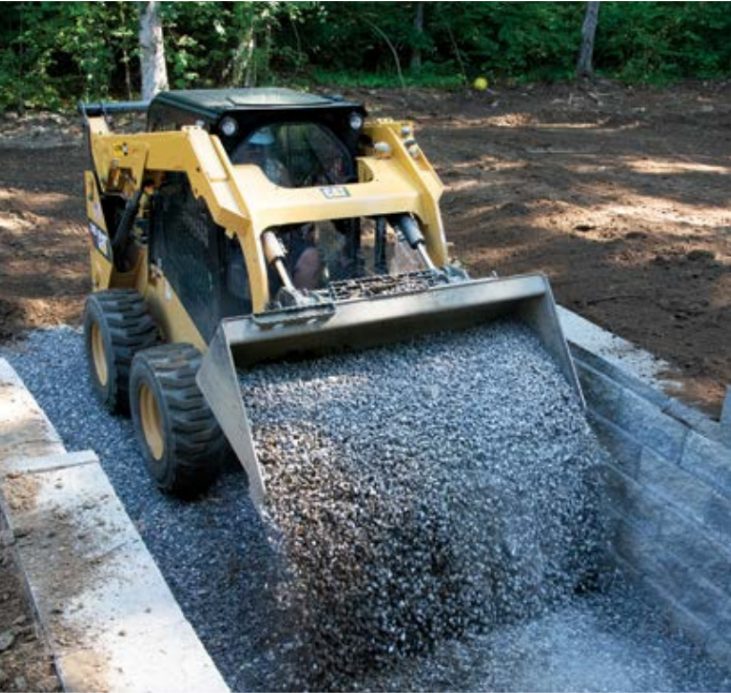 “The Cat 311F is one of our most-used machines,” Menghi says. “For most of the basements we dig, we don’t need anything larger than that.”

When the 311F is not available, crews also use a Cat 415 Backhoe Loader for excavation.

“We can dig basements with that machine, also,” Menghi says. “It has the speed, reach and the power to get the job done.”

A versatile 242D Skid Steer Loader comes in handy hauling materials for hardscape work like pavers and decorative stone, and is also used for finish grading.

“We do a lot of hardscapes, and that machine floats from job to job primarily,” Menghi says.

A brush hog attachment is used to finish grade residential lots and prepare the surface for a lawn.

“The brush hog is actually very helpful,” Menghi says. “It enables us to utilize our Cat Skid Steer to tackle a lot of chores that we would normally need other equipment for. So as far as the finish grading and getting lawns ready for our homes that we’re building, this is a real time-saver for us.”

Menghi grew up using Cat equipment and prefers it to other brands.

“I have operated other types of equipment, but I learned on Cat machines and I’ve always felt comfortable with Caterpillar,” he says. “If I jump on a non Cat machine, it doesn’t feel the same. For me, it’s about comfort and dependability.”

Menghi appreciates the support he receives from his Cat dealer, H.O. Penn.

“They stand by their word, and they’ve been good to me,” he says. “They’re there for us when we need them. It’s rare for us to have a problem with any of the machines,
but any time we have, they’ve come out that day or the next day.”

Menghi has come to rely on his H.O. Penn sales representative, Dale Erickson, for timely support and advice when it comes to selecting the right machine.

“He’s very responsive, he always gets right back to us,” he says. “When I bought the skid steer, I was up in the air on which one I wanted to get—he helped us decide. I have purchased four machines from Dale, and every time around I definitely look for his opinion after I explain what we’re planning to use it for.”

Consistent with the company name, Menghi’s straightforward approach has propelled the business forward.

“Our customers are going to get an honest day’s work from our guys on-site,” he says. “We stand by what’s in that contract, and we honor the people we’re working for individually.

“The bottom line is, we stand by our name. And having an equipment dealer like H.O. Penn behind us only strengthens our approach.”